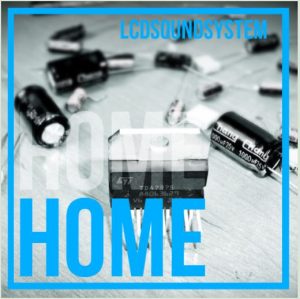 I recently spent six weeks in Australia, so I could have a warm Christmas with my family, surprise my best friend at her 30th birthday party, attend my friends’ wedding party (those sneaky people went and eloped in Greece and only had a party instead of a big wedding), and see lots of friends and family spread between southern Queensland and Sydney.

When I got back, I didn’t expect to feel so disconnected from my former home. I didn’t expect to feel nothing but I did, and it was even more confusing since I thought about how I was meant to feel something. Here I was, back in a city I lived in for more than eight years, where I had great groups of friends and achieved huge milestones, and also back in my childhood home. It was as if I was visiting a distant family member I know I’m meant to like because they’re family, but still having nothing to say to them.

Even though the concept of “home” can be transient, or simultaneously applied to more than one place, the idea that where you’ve spent the most time in your life is to be thought of as your “real” home is generally applied. Except it’s not for me. In just under two years, New York has come to feel more like home to me than Sydney or Grafton ever did.

While I do miss the warmth at that time of year – going out, and celebrating Christmas and the lead up to it is just more fun when it’s warm and sunny – there are some things I don’t miss, or, am just indifferent about.

I say the same thing to anyone who asks me if I miss Australia here in New York. I miss my friends and family. I miss the access to Australian music. I miss the consistently good coffee. I miss going out at Palms on Oxford Street. But I don’t miss living there. This is usually enough for Americans, especially New Yorkers, who understand how privileged anyone is to be able to live in this city.

But Australians are harder to convince. I didn’t ever want to, or make, living in New York over living in Australia a competition for people to take part in, yet some seemed to think I thought it was. I will of course always say that New York is objectively a better city than Sydney (because it is), but at the same time, I know it is not a city for everyone. I know not everyone wants to live here, and that’s OK. But in Australia, I kept being asked the same question over and over again.

Yamba
Yamba is a beautiful small town on the coast of Northern New South Wales. I grew up about 45 minutes away, in Grafton, and while Yamba is probably the best part of being forced to live in a place that doesn’t have traffic lights and where people drive around with stickers that say “Fuck Off We’re Full!” on the back of their cars, it’s not something I think about.

“Don’t you miss it?” a friend asked as we looked at the beach. “No, not really… it’s nice and everything but I’m not that keen on it. I never really came here even when I lived in Grafton anyway.”

While I understand many Australians’ general obsession with water and being near it or in it as much as possible, and then having to tell you about being near or in the water after they’ve been in or near it, this is not something I find particularly interesting myself.

People usually do this by posting pictures of their tanned friends wearing white, stripes, hats, or all three in front of Bondi Icebergs, pictures from the coastal walk trails between Bondi and Coogee accompanied by “#blessed”, or pictures of various bodies of water around the country that look pretty much the same as each other. I personally think applying some more sunscreen would be a better thing to concentrate on than adding more pictures of water to instagram, but that’s me.

Byron Bay
Byron Bay is another beautiful small town on the coast of Northern New South Wales, but it is bigger and more popular than Yamba, and further away from Grafton. My uncle lived there for a while when I was in high school. I have spent enough time there to know where things are, but not enough to feel personally connected to it outside of having a distant goal of retiring there when I’m a millionaire one day.

“Don’t you miss it?” my friend asked over a jug of beer at The Northern. “No… not really… I mean I miss it when I hear about Splendour in the Grass and how much fun everyone is having, but I don’t really think about Byron that much.”

My answer launched a conversation about how much she loves Sydney for its choice of beaches, outdoor lifestyle, and natural beauty, which I understand, but these were all things that I sometimes enjoyed and they weren’t major selling points for me when I lived there. 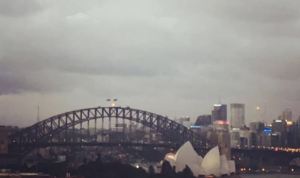 Sydney
Getting to the beach, even if you have a car, is a huge pain because of the traffic and the lack of parking/lack of a million dollars to be able to afford parking when you get there. Being outside is annoying when the weather inevitably turns at the end of a deceptively warm day, and the wind makes you flash your underwear at people driving past. (If that’s never happened to you, you’re really lucky, but try walking up Cleveland Street or near Redfern station in a dress and see how you go.) The comedian Wil Anderson put it best when he said:

“Sydney is like that girl at high school who got hot really early, and never had to develop a personality.”

Another friend asked “Don’t you miss it?” as we looked at the Harbour, but I knew there was more to it, the way there was each time any other people asked me the same question. Conversations about if I missed Sydney were also chances for people to tell me about the “cool things” that have happened since I left that somehow justify still living there, even after many mutual friends and acquaintances have moved elsewhere. Even then that solitary “cool thing” is really just limited to The Lansdowne reopening and having live music now.

You guys are cute to be excited by that and stuff, but one small venue reopening and deciding to pay bands to play doesn’t make up for the rest of the shit we put up with in Sydney on a daily basis, including but not limited to:

And I’m not the only one who feels this way. Every few months some publication in Sydney publishes a story about a disillusioned person who now hates it, either because they can’t afford to have a family there, or because Melbourne has more culture.

When are you coming back?
I was also asked, many times, when I was coming back to Australia. It was a confronting question because not only do I not know, (job and visa renewal pending) I don’t want to.  If Trump decides our countries aren’t mates any more and revokes the E3 visa, and if someone in my family (God forbid, touch wood, all the rest) becomes ill and needs me back there long term, then I won’t have a choice.

Home as an idea can be applied to wherever you feel like you can be yourself. And for some, that might in Yamba, or Byron Bay, or doing “chin chin” Boomerangs with aperol spritzes at Icebergs. That’s great. We should all be able to find our homes, even if we end up on the other side of the world from where we started.

I'm an Australian living in New York. I work in marketing but I write about music, New York, and my own personal experiences. View all posts by Justine McNamara

This site uses Akismet to reduce spam. Learn how your comment data is processed.